What I mostly end up doing is a sub-optimal version of both, where I “nest” just enough to make more of a mess, and then “nap” just enough to barely fall asleep before someone wakes me up. 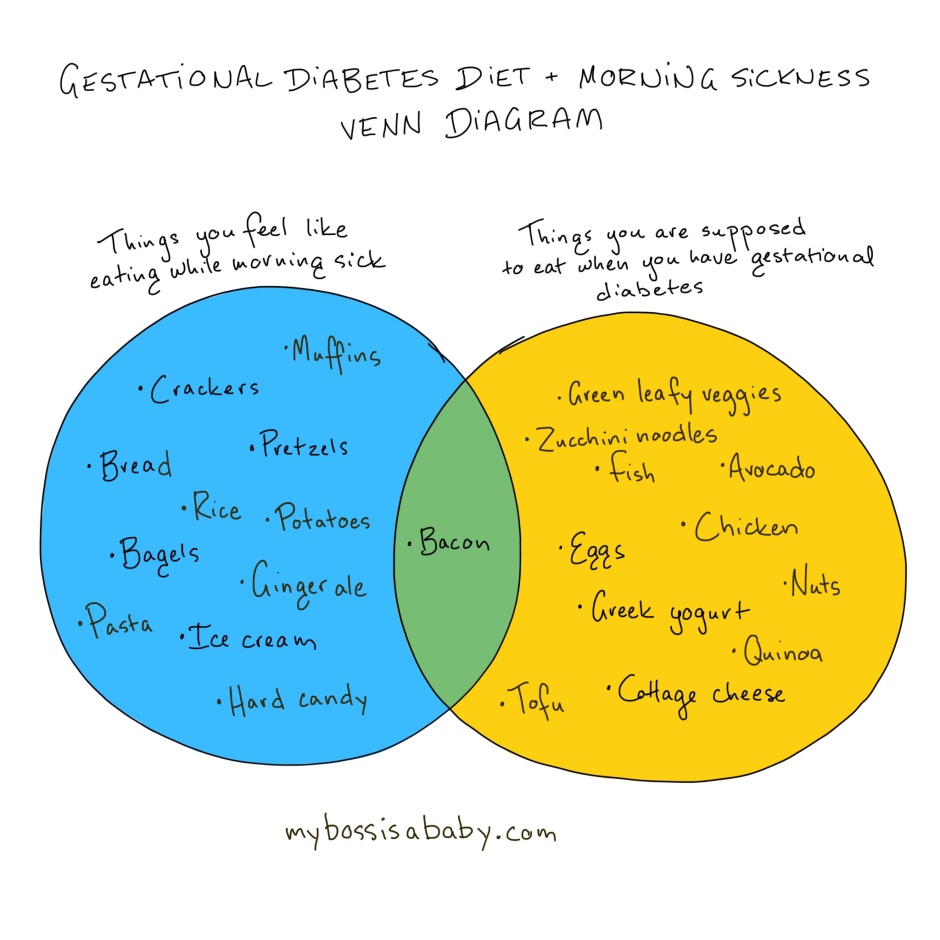 My first version of this diagram had no overlap between the circles, but then I remembered bacon. Ahh, bacon. I had to eat it, for the baby.

The first trimester code of silence is so miserable. 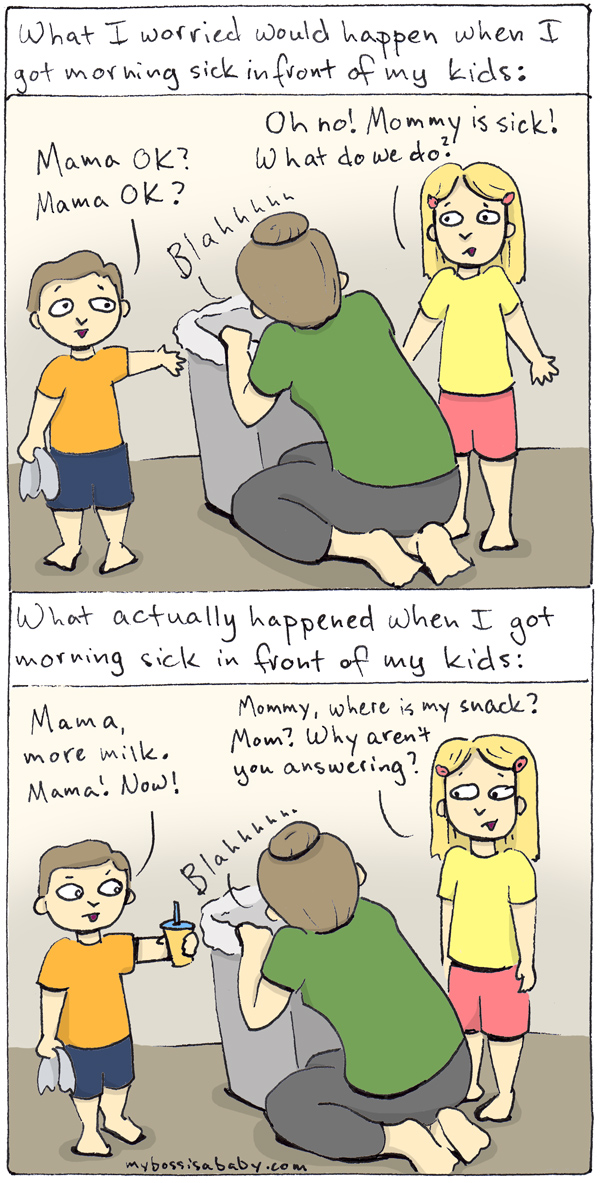 See, I had nothing to worry about! Apparently empathy isn’t a thing they do yet.